Globally, there are more than 4500 active pipelines with a combined length of almost 2 million km. Transporting crude oil, petroleum products, natural gas, and natural gas liquids across the country via pipeline is found to be the most cost-effective method. Pipelines have become a sustaining force for Oil and Gas companies. India is anticipated to take the lead in the world’s planned and announced trunk or transmission pipeline length addition projects among the countries (from 2021 to 2025), contributing about 23% of the world’s pipeline additions by 2025, according to Global Data.

Nigeria recently stated that between January and July 2022, it lost an average of 437,000 barrels of oil per day — or $10-12 billion annually — to criminal organizations and individuals who illegally tapped pipelines onshore and offshore in the Niger Delta region. More than half of Nigeria’s foreign reserves were lost in this financial disaster. It is also more than double Nigeria’s total revenue between January and April, a period when Nigeria’s overall revenue was insufficient to service its debt. If you have been following the news on a similar subject matter, you might also be aware of the recent revelation that a criminal organization had been stealing from one of the major oil companies of the world in Nigeria for over 9 years, without any signs of theft at all.

The Oil Industry Safety Directorate (OISD), Ministry of Petroleum and Natural Gas, India, noted an increase in pilferage incidents in cross-country petroleum pipelines in one of its safety alerts from the previous year. More than 150 cases of pilferage are recorded in India every year. Sustainability reports of oil companies reveal that, over a decade, just a few PSUs have collectively lost crude oil and finished products worth more than Rs 500 crore. The asset (pipeline) is vulnerable to interruption by an outside activity because it is mostly installed in isolated, poorly populated, and hostile terrain. Due to the size of the open spaces, it is impossible to keep a constant eye on the entire Pipeline Right of Way (ROW).

To take action , it is vital to comprehend the criminals’ modus operandi and be aware of any interruptions or interferences by outside parties. Systems for detection and prevention that aid in both identifying and uncovering illegal tapping and helping businesses take corrective action have significance in this context. Different approaches have been proposed by pipeline operators and oil companies to address the issues. In-line inspection devices to find suspected but previously undetected tappings, support from law enforcement officials, night patrolling vehicles (NPV), current attenuation test (CAT) survey, installation of the more sensitive leak detection system (LDS), and rigorous ROW patrolling by multiple teams are just a few of them. These have undoubtedly assisted numerous operators in finding illicit activity within a few hours at times. As an illustration, in Europe, pipeline operators’ activities have resulted in a marked decline in the number of attempts at product theft between the years 2016 and 2020 compared to the period from 2010 to 2015.

Despite taking so many precautions, thieves nevertheless manage to commit theft occasionally, as seen in numerous geographical areas. These attempts and events pose a major risk to pipeline operators in terms of public safety, employee safety, and potential environmental harm. This needs to be understood in the context of pipeline companies’ increasing maintenance costs for outdated pipelines, the expanding pipeline infrastructure brought on by the increased trade in oil and gas products, the related regulatory policies requiring the use of leak detection measures, and government support for new technologies like unmanned aerial vehicles (UAVs), among other factors.

This spending, however, becomes indispensable when you take into consideration the current data. According to estimations from the United Nations University (UNU-WIDER) working Papers published in February and March 2022 on global oil theft, oil is the most stolen natural resource in the world, valued at $133 billion annually, while gasoline is the most trafficked. 5-7% of the world’s market for crude oil and petroleum-based fuels is lost through oil theft. The UNU-WIDER Working Paper study separates nations affected by oil theft in their consumer markets from those affected as oil producers (a few countries fall into both categories). These developing countries impacted by oil theft have a lower average tax yield (13.6%) than the IMF baseline for developing countries (15.3 percent). Moving to the domestic market, the study identifies India as one of the nations (consumer market) plagued by oil theft, with fuel contaminated with subsidized kerosene as a major oil theft problem.

Pipeline Intrusion Detection Systems, highly sensitive distributed acoustic sensing that uses existing fiber optic cables along crude oil and gas pipelines provide end users with an automated means of monitoring or measuring activity along long linear assets and has proven to be very effective in this regard for pipeline companies.

The particular type of incursion, such as manual digging, mechanical excavation, etc., must be determined for a large pipeline network. This task becomes much more time-consuming when there are multiple simultaneous intrusions. Background environmental noise further complicates matters because it would obstruct the ability of conventional sensors to locate items.

The companies suffer severe financial losses as a result of the product loss and operational disruptions they experience. They are also responsible for paying large sums as compensation in the event of environmental damage, and such occurrences have a long-lasting negative effect on the affected area and its inhabitants. It is crucial for all of these businesses to employ cutting-edge investigative methods for locating theft hotspots together with the adoption of cutting-edge technologies like PIDS as part of an integrated solution.

To borrow from the observation(s) from a WEF paper (2021), the digital revolution and the energy transition have jointly transformed the oil and gas industry’s decades-old business model in just a few short years. Today, companies control physical energy assets by linking operational technology with information technology networks that leverage big data, artificial intelligence, and automation. 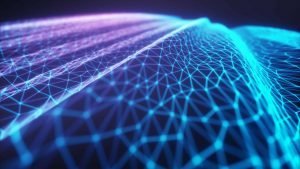 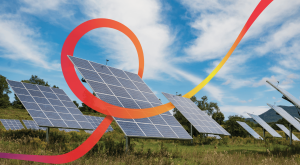 Should Digital Business (Transformation) and Sustainability be seen as complementary growth drivers?

Digitalisation is expected to have profound (‘transformative’) effects on the economy, society, and politics as well as on the planet itself.

This includes the production, use and disposal of hardware (Information and Communication Technologies equipment, data centres, data transmission networks) as well as of software, digital technologies, and applications – ranging from robotics, the Internet of Things (IoT), via distributed ledger technologies such as blockchain, to Artificial Intelligence (AI). 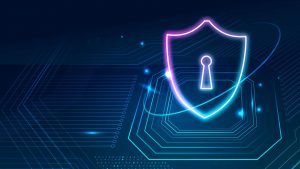 The US Push for Digital Security Mandates for Critical Infrastructure Sectors Mandatory standards. Push Operators to do more to bolster digital defenses

Recognising the need that US should put in place minimum cybersecurity standards for critical infrastructure, to better protect them against digital threats 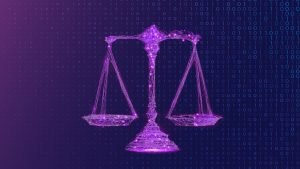 The US Blueprint for an AI Bill of Rights: Putting enough guardrails in place for AI ethics 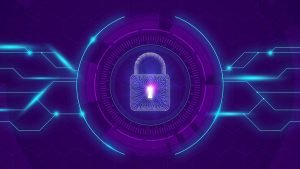 Last year, President Biden signed the Executive order to support the nation’s cybersecurity and protect critical infrastructure. Here’s some key highlights about this executive order and the crucial updates that you need to know about it. 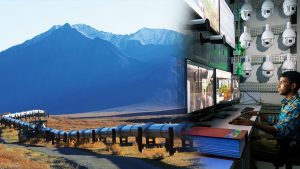 Pipelines are the most efficient way for transporting resources like crude oil, petroleum products, gases, etc in a safe, fast, and cost-effective manner. Pipeline operations and infrastructure are extremely critical for the country’s functioning and growth. It is also considered the lifeline of a country.